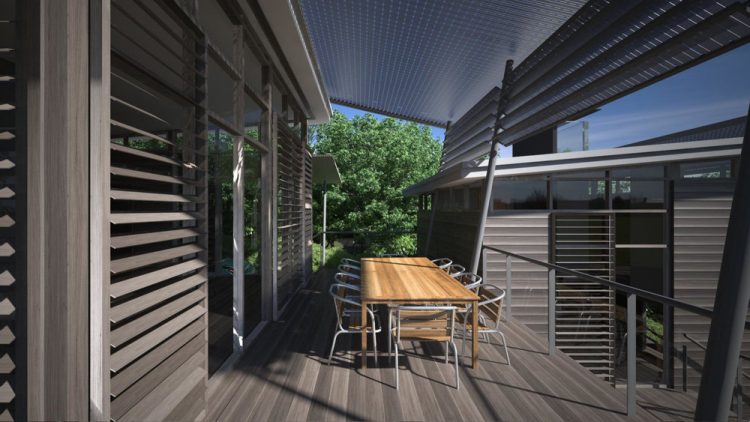 G’day mates! How is everything? I guess for some routine is getting back to “normal”, for others unfortunately it will probably take a little longer. However, there are always pleasant ways to beat boredom and to learn new things. Such as reading an interesting article, or blog post, like ours! 🙂

We all know that nature is pretty amazing, right? Full of mysteries and very interesting details still to be unveiled by us, human beings. The whole universe works in ways that is still unknown for most of us and mother nature is just a little local reflex of this immensity. Architecture is probably one of the human disciplines which are more directly connected to mother nature. Every single thing we build, or put up over its surface has a direct impact in a very intricate system which is somehow complex. Even though, unfortunately, we commonly tend to ignore this fact.

Therefore, there are amazing Architecture examples being planned everywhere, which try to take into consideration all this complexity. It is definitely not an easy task. However, very necessary, considering human population is rising year by year creating more dense environments, and most of the time, a lot of chaos. Despite the big discussions involving “Climate Change“, the “Urban Heat Island Effect” is a measurable and proved phenomenon which happens in many urban environments around the world. Also, building design and construction materials have an even broader effect on the health of people and the environment that is often not immediately visible. Thus, especially the new buildings we create should definitely address those issues with a lot of ingenuity and creativity which are human inherent. The “Modular Net Zero Carbon House” is just one of the good examples of this sustainable design approach inside the Australian context. The project was developed by Christina Renger from Net Zero Design, based in Brisbane, Australia. The initial idea was to develop a dwelling that could participate in the Sustainable Housing for Life Design Competition, with the collaboration of the Thomson Adsett  Brisbane team, which aimed to develop a sustainable modular housing prototype for the Northern Rivers Region of New South Wales (NSW), located around Byron Bay’s area. And guess what? It actually won the prize!

The design followed the Biomimicry principles, and in this way natural systems were precedents for the modular design, aiming to create closed loop and net positive cycles. On the micro-level, resilient and self-organizing cell structures such as in wood fibres inspired the design and on the macro-level, energy, water carbon and nutrient cycles in the forest and tree canopy structures.

According to Christina, whom kindly gave a me an interview these days, the main goal of the project was to achieve an efficient and quality construction which is different to the sometimes repetitive nature of prefabricated buildings. It makes use of a flexible modular system with connecting outdoor structures which easily fits to users’ different needs and is also easily adaptable to different sites.

It then minimises the ecological footprint by considering the whole building lifecycle while providing a healthy living environment. Natural, low-zero toxic materials are used such as timber, preferably from local sources. The modular house looks at ways how to pay back the carbon embodied in the material production over time, using passive solar design, net-positive renewable energy operation and biomass sequestration. The World Green Building Council targets ‘net zero embodied carbon’ for all new buildings and renovations by 2050. The designer aims for a 100% biodegradability and/or recyclability rate for all the construction materials being used. Built on steel footings, the system is fully demountable and eventually leaves no footprint on the ground.

Net Zero Design is working with a local builder in Byron Bay (NSW) who owns a sustainably managed forest where all hardwood is directly sourced. For one of the projects close by, in Mullumbimby, the construction process should take 3 months to be completed according to the builder. Construction documentation and costing are transferable to other projects with different material- and finishes options.

The design used AccuRate software for the NatHERS thermal performance assessment to predict comfort ranges for the client, considering the use of natural ventilation with thermal chimneys. A double-glazed timber window system is used, especially considering the winter time cold weather in the north region of NSW. Leaving a bit the Australian environment behind and virtually travelling up to Brazil, we could find similar interesting projects such as the “Modular Net Zero Carbon House”. There is one in particular that came into my mind, the “Ekó House“, which was also developed for a design competition 2012 Solar Decathlon Europe, by the Brazilian team which I had the pleasure to know some of the participants while I was completing my Masters studies at UFSC (Federal University of Santa Catarina), located in South Brazil. By the way, most of the Brazilian team, formed by architects, designers, students and researchers, was from UFSC by the time. The Ekó House was inspired in the native Tupi-Guarani people, one of the largest indigenous nations of Brazil. In summary, the project scales up Ikea’s self-assembling concept and combines it with solar power, rain collection, natural lighting, a dry toilet and a system to turn sewage into garden fertilizer. The house is erected with modules made of wooden beams and pillars, oriented strand board (OSB) panels and pre-stressed steel cables that connect the modules and allow large spans with small beams. There’s also a flexible footing system that makes it adaptable to different types of terrain.

Team Brasil has embraced a tradition-meets-high-tech ethos. On one hand they want the house to facilitate socializing and revive the Brazilian tradition of gathering in the kitchen, a hub of family interaction. For that purpose, the internal spaces feature flexible furnishing and dynamic layout configurations. Also, the size of the module can be customized to the number of inhabitants of the house and the treated effluents can be used in agriculture and gardens, keeping the water in a closed loop. On the other hand, the team has also envisaged an automated home with a small meteorological station on the outside and an internal monitoring device to control temperature and humidity.

Ekó is not a variation of “eco” but means “way of living” in Tupi-Guarani. In Brazilian indigenous culture the Sun had an important religious meaning and their way of life was completely integrated with the cycles of nature and the environment around them. That is why one of the key features of the house is that it can be adapted to the time of the year and the weather.

The “Ekó House” was only built to the specific design competition (2012 Solar Decathlon Europe), but its features are completely possible to be adapted to real life homes. That is actually what the “Modular Net Zero Carbon House” proposes, that the design comes out to real people’s lives. The system has already been used in several different designs, and one of the clients, located in Mullumbimby (NSW),  almost completed the whole construction process. Unfortunately, due to personal hardships the project didn’t go further and it stopped shortly before start of construction. However, the client would like to see the project continued with a new owner who purchases the land and completes the project with the team. According to Christina, industry partners are also interested in the modular structure and prefabrication for commercialisation. She is currently open to new proposals, partnerships and collaborations.

By the way, you can easily find more information, details and professional contact on the “Modular Net Zero Carbon House“ project on: https://www.net-zero-design.com/modular-net-zero-carbon-house

It is just amazing to realise how many awesome projects we could see being replicated in our cities and turning our urban environments a little less messy and chaotic. Those designs actually exist and they are claiming for developers and individual users to give a chance and opt for a more balanced and sustainable way of building and living. It is completely in our hands! ♣