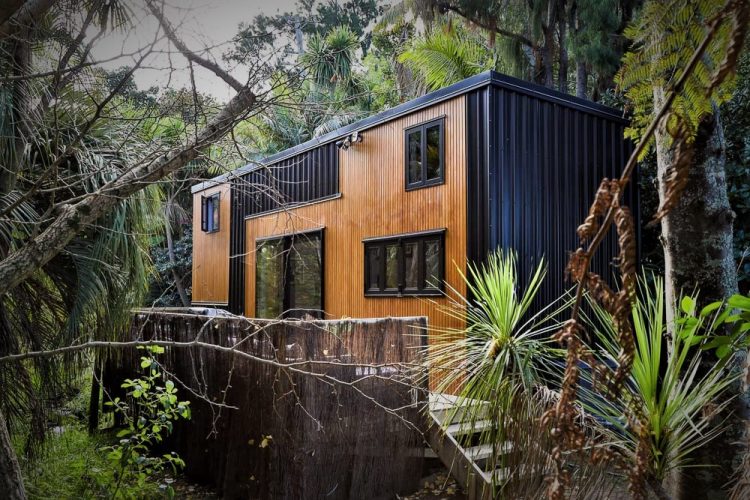 G’day mates! I guess everyone has already heard of “Tiny Houses” nowadays, especially considering sustainability issues are getting more attention by the general public lately. The idea of moving to a “Tiny House” sounds great for those ones adept of the new “Minimalism” trend which aims to considerably reduce human consume and waste rates. Which I personally consider a great idea and have actually many times dreamed about owning one of those cute residential designs. I’ve seen some very interesting and beautiful projects of “Tiny Houses” around Australia and New Zealand, there are actually some interesting Blogs and YouTube channels dedicated to the topic, such as “Living Big in a Tiny House“. Some of those blogs even sell entire projects for low prices (comparing to a proper house’s general price), but with not very much exclusivity in some cases considering the designs are already preconceived. It is a fact that some people could have a really good sense of space and design, even though they are not professionals, and end up building very interesting tiny itinerant dwellings which could be settled either in urban or rural areas.

You can easily find examples of “Tiny Houses” all over the world, especially in North America, Europe, Australia and New Zealand. Some say it is part of this big environmental “Minimalism” movement related to downsizing, some say it is regarding the high costs of affording a house in an urban area these days, especially in the developed countries, where properties’ values have just skyrocketed in the latest years. The fact is people are somehow adopting this new trend and in my point of view it is still going to get much bigger!

In developing countries, such as Brazil, the movement is still very small even though you can find some websites already commercialising the tiny houses. That happens probably because the biggest part of the population in those countries still struggles to afford any type of housing. Perhaps, the “Tiny Houses” are a good solution for those – in some cases, overpopulated – places? However, as a professional of the construction industry, with some architectural knowledge acquired throughout years of study, I have identified some relevant issues regarding these types of dwellings. I see problems mainly related to the thermal performance of those little buildings which consequently relate to energy consumption levels. Considering that most of the “builders” I’ve observed in some of the famous cases shown on internet are non licensed construction professionals part of them commit mistakes related to materials choice, surfaces cladding and buildings’ orientation regarding sun’s movement patterns, even though there are also a few good examples as the ones shown in this post. It is necessary to be very careful though with exposed glazing roofs and openings facing west during summer solstice periods. Proper insulation materials should always be considered as well, especially for the cold weather locations. Another issue that could be mentioned regarding the tiny constructions is how the city councils would consider those type of buildings in terms of urban space regulations once they are itinerant and not a fixed housing. So should it be treated as a mobile home, or as a proper dwelling? And regarding that should it comply with proper dwellings’ specific legislation? And what about the land municipal fees? Is it still low cost if you have to pay the required land fees? Or could you consider more people would share these costs together? Is universal design’s guidelines being considered? Those are questions that come up today and we still don’t have answers for most of them. Also once you’re downsizing don’t forget to get rid of the extra stuff permanently, in that way you wouldn’t need extra external storage spaces as observed by this interesting BBC article.

So…in summary, before considering moving to a place like those very cute “Tiny Houses“, think about all of those questions and make sure whether you are making the right move or just creating some more issues to the future, especially considering it is going to be your permanent residence and not only a temporary one. ♠