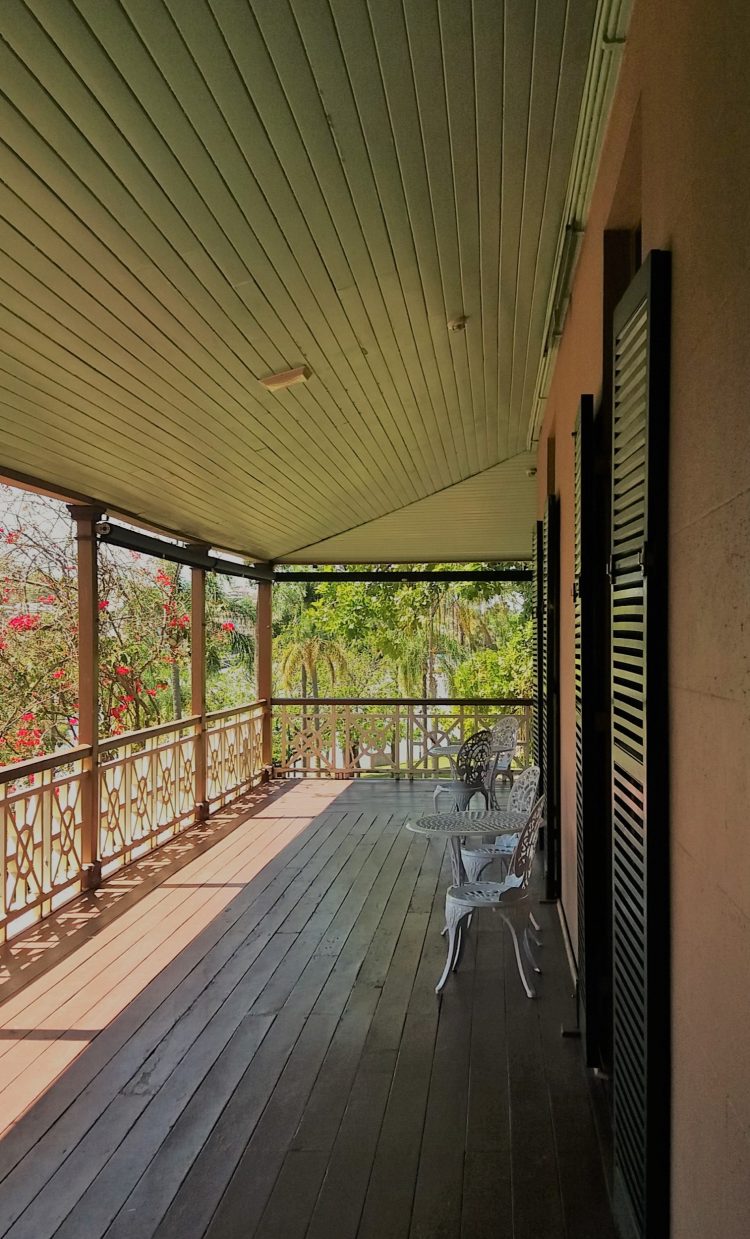 Newstead House, the oldest standing home in Brisbane and one of the most prominent residences in Queensland’s history. It is such a beautiful piece of Architecture! Originally designed in the Victorian Style in the 1840’s, and established in 1846 , it has been modified a lot throughout the years after big renovations and extensions which took over since 1867. However, the magic is definitely still there! The house is basically a museum, including original and also not original pieces, and it offers guided tours around its facilities from Friday to Sunday (check the times at: https://newsteadhouse.com.au/). It’s mainly about Architectural History but it is also about Brisbane’s, Queensland’s and also Australia’s History condensed into a building. The entrance garden and general landscape design is beautiful and colour vivid with local and exotic species brought from all over the world. Actually, the way the house was settled, on top of a hill, allows breathtaking views of Brisbane River and its surrounds, and also contributes for the success of the house’s stunning landscaping design.

There’s a whole basement floor level, which was dug during the construction of the original Georgian Cottage to house the servants and the services areas, such as the kitchen and storage rooms. It is an entire underground level with no natural lighting and very poor ventilation, revealing it as a not very pleasant area to spend most of the day. Much different from the top part of the house which is very cool and well ventilated by the river’s pleasant breeze.

The original Georgian Cottage was very compact and had a basement level which could not be seen by from the river. It has been expanded and also modified by the respective owners until it was purchased by the Brisbane City Council in 1918. Thus, Newstead was the first property in Queensland, and likely Australia, to be protected by an Act of Parliament – Newstead House Trust Act 1939. In 1971 the house was open to the public as a House Museum after a major restauration project undertaken by the Department of Public Works in the 1960’s.

Newstead House is definitely a great place to include in your Brisbane’s bucket list of visiting sites! You will learn some more about Architecture and also about Australian History in a beautiful and interactive way.