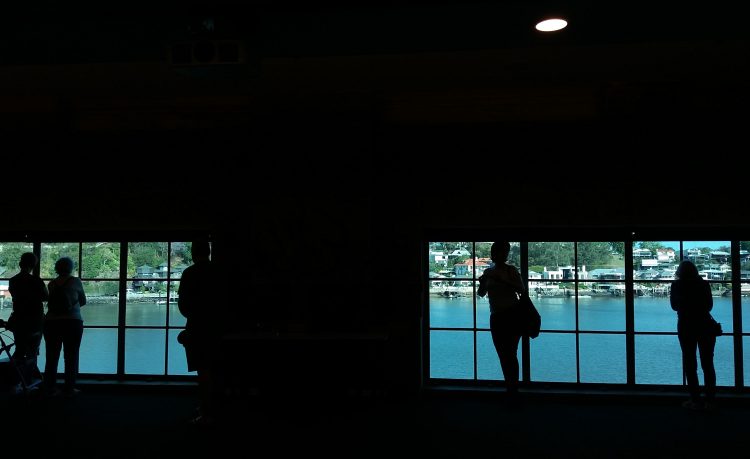 Hi all! This weekend I participated of a very different type of event. Honestly, I’ve never been to something similar back in Brazil. During the whole weekend (Saturday the 12th and Sunday the 13th) many buildings around Brisbane have been fully open to visitors, some of them also offering guided tours around its facilities. It is the Brisbane Open House annual event, more info on: https://brisbaneopenhouse.com.au/.

It is such a great idea that should be copied by all the other major cities around the world. Making people get to know more about their History and also Architecture for free is just priceless, it should be largely encouraged by the public sector. Both public and private sectors are involved. There is no doubt that it is a win-win initiative. First I visited the Brisbane Power House, a cultural landmark in Brisbane, and active since the beginning of the 20th Century. Besides of being a powerhouse for the old Brisbane’s tramway system until the 1970’s, when that type of transportation was decommissioned, the building was house for homeless people, army’s ‘target practice’ site and also the house for some innovative artistic events, such as Trance-plant in the 1990’s. It has got some awesome heritage listed graffiti’s and apparent brick structure which were kept after the redevelopment in the year 2000, designed by architect Peter Roy. Currently, the building combines bold industrial structures, raw textures and graffiti walls with contemporary performance spaces, meeting and rehearsal rooms, outdoors performance areas, and a gorgeous riverside location adjacent to the open spaces of New Farm.

It reminded me of another cultural centre project from the 1970’s in Brazil by Italo-Brazilian architect Lina Bo Bardi, Sesc Pompeia. The industrial raw look is also there. However, Lina added some playful elements, like the famous funny shaped red windows, which grants a Post-Modernist look to the complex, as seen in the image bellow (access on: https://pt.wikipedia.org/wiki/Sesc_Pompeia). 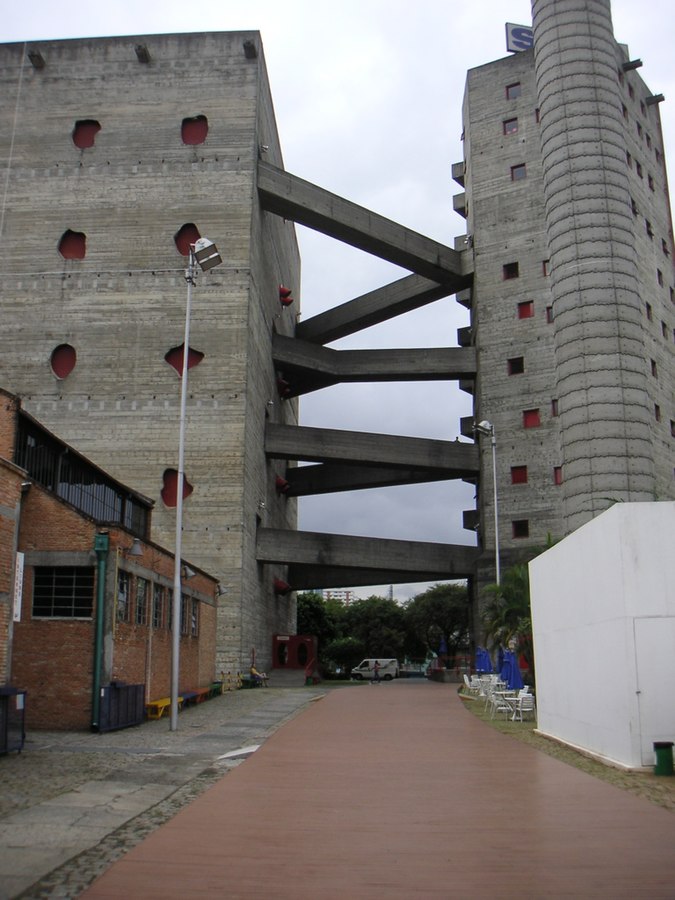 Mercedes-Benz is only one of the tenants in this beautiful contemporary building which embraces Brisbane’s cityscape and its urbanity. Everywhere you go inside the building, which also houses cafes and restaurants, you can visualize its urban surrounds and the river boardwalk.

I would highly recommend a visit to this area in Newstead suburb to get to know more about Brisbane’s history and future, all beautifully connected and in good synergy.