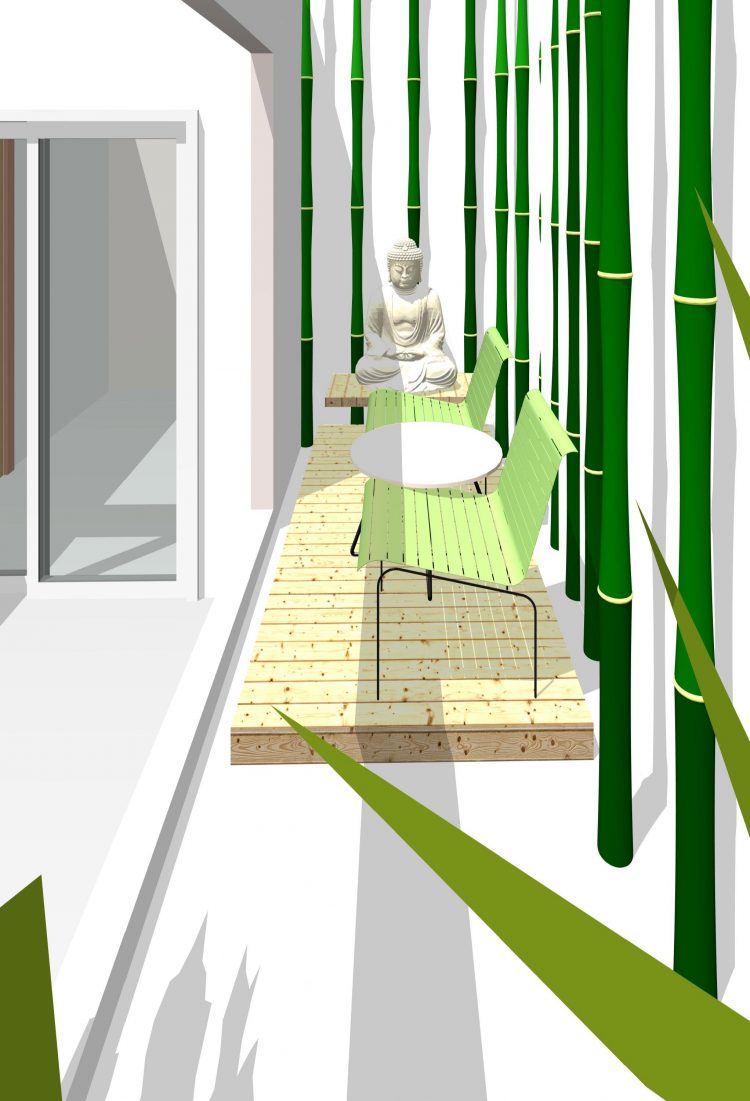 How’s it going? Well…my first personal project in Australia was more related to Landscape Design than to Architecture itself, a residential garden.

A very dear friend of mine, from Brazil as well, whom I have met in Aussie land practicing yoga, invited me to come over and check out her garden because it was not looking good at all. Kind of dead spot in the back of the very nice town house located in Teneriffe, close to New Farm area, but with a lot of potential.

I went there and actually confirmed it looked dead and useless for a family which has two little boys full of energy and willing to have contact with the wonderful natural world of plants and animals. There was a lot of exposed walls and dry vegetation were taking over. There were also some existing rocks which could be reused, but it was not the desire of my client in the moment.

Actually, my client had already some very good ideas in mind, especially considering her professional background as interiors designer, which helped me out a lot in order to put ideas into the paper and to start designing something suitable for the family.

She needed a sandpit area for the kids to play, but also a spot where she could sit and watch them or having some friends coming over for a coffee or tea.

Her initial idea was to have a Japanese Garden Style, maybe it is related to her Japanese background, or maybe to her spiritual path getting more into meditation practices.

She also needed a place to hide machines (for air conditioner system) and tools which would be used in the garden, then a timber slats gate was added to the lateral corridor. I thought that a Contemporary Japanese style garden would suit her needs, combining sand, water, water lily flowers, lavender (or some other species of flowers well adapted to the local environment), timber and keeping some vegetation such an existing tree which looks a bit dry now but she really intends to take care of it.

Timber slat panels with hanging plants were also used in order to hide the boring walls on the big triangular corner part. Bamboo species were used in the gathering spot with some seats and round coffee table close to a stone buddha statue, all sitting over a timber pallet structure.

The result is still only in the virtual world, as observed through my 3D images presented in this post. However, there is a high possibility it will be embraced by her apartment’s landlord. It will be just awesome to see it all materialized! Hopefully, we could have some new real pictures from it soon.